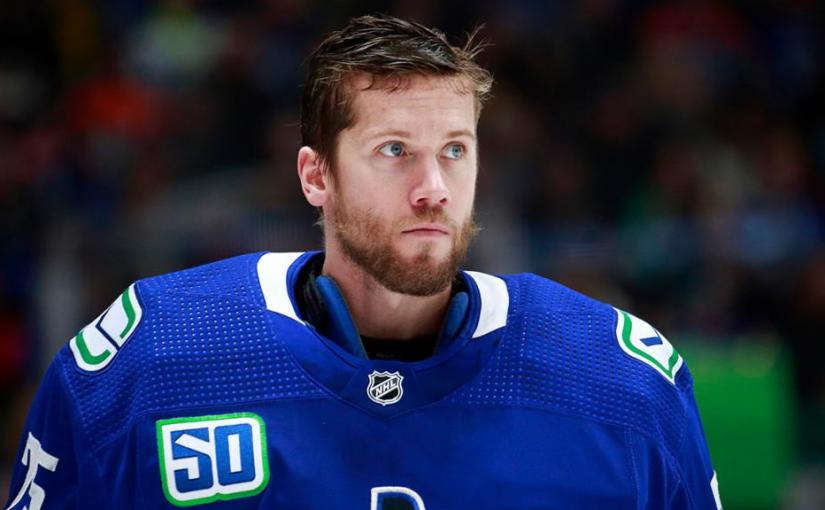 Ok first things first. I’m a fan of sports! I get angry (irrationally or rationally) when my teams don’t do well or get shafted by professional officiating. I yell with joy when my teams do well!(even if it wakes my wife and kids) I’m a huge fan of stats, when I understand them, and a huge fan of observation too. In this article I’m going to try and incorporate both stats and observation to put forth a point and ask you the reader if you see it to or maybe it’s just me?

What is irking me at present is the whole Jacob Markstrom signing in Calgary and my fellow Oiler fans and pundits worrying over our current goaltending duo here in Oil Country. I get the concern over Smith, he’s going to turn 39 in a couple of months, his save percentage is in the range of Grant Fuhr’s in the 80s, and his reaction ability isn’t going to get better with age. As for the big Finn Mikko Koskinen, well his glove hand is suspect (actually he improved last season and will this season) he doesn’t have a lot of NHL experience (basically two years) and his save percentage isn’t as good as Markstrom’s. All concerns and comments I hear from people all over the capital region but I’m ok with Ken Holland betting on these two in net for the Oilers this shortened season. I mean they were the goalies of record on the highest place team in the NHL last year. Edmonton had 83 points to Toronto’s 81 points as the second best Canadian team. Edmonton’s win percentage .542 was significantly better than Toronto in second at .521. Wait you say? That’s only 2 points in the standings and .021 points better that’s not very much. (More on not very much in percentage later) Also the Oilers had that horrible December! That’s right that December was atrocious in a variety of spots but even with that the Oilers topped the Canadian teams. As for that minuscule points percentage people are pointing to, well let’s dive into percentages between the Flames new starter and who we are all pretty sure will be the starter for the Oilers Mikko Koskinen.

Jacob Markstrom posted a save percentage of .918 and Mikko Koskinen posted a .917. That’s about as close as you can get to being even in my opinion. Let’s look at it this way, if you were going to go on a trip in your vehicle and needed gas, you whip your car into your favourite gas station and pay .918 per litre and as you’re pumping the gas you see across the street it’s .917 per litre, you’d live with that and continue on your trip not worrying about the thousandth of a cent per litre you could’ve saved right? I know I’d be travelling worrying about other things. Or if you took a penny which is 1/100th of a cent and cut it into 10 equal pieces and gave me that penny minus one piece and said here’s a penny for your thoughts, I’d just look at you and say “you can’t afford that last 1/1000th of a dollar for my wisdom?” That’s the difference of the hairs people are splitting in the Ken Holland missed out on the goalie market debate! I’ll take Koskinen over Markstrom for the cheaper contract and less term. I think every fan of the Oilers should sleep well on the eve of training camp knowing we have the better end of the starting goalie debate. WAIT Nels what about Goals against average? Really? Well they both posted 2.75 GAA last season. But the playoffs, the Canucks did better then the Oil? Yes well you’re right there except I think the Canucks liked Demko better and that’s why Markstrom went to Calgary. A brief aside, I think Vancouver may not do as well this year as everyone predicts. (Remember the excitement over the Oilers little run in 2017 this sounds the same as it did back then) Ken Holland took a swing at Markstrom and when it didn’t work he grabbed Smith and moved on to a very successful signing period for the Oilers. Proof that when one door closes five or six others open.

So to all the readers reading this article I ask you now, are the Oilers not better off without Markstrom? Or maybe it’s just me?

Nels Nelson is an occasional guest on YEG Sports. He also is a playwright, podcaster, referee of hockey and Rugby, fan of a lot of sports, a proud husband and proud father. He also works tirelessly cleaning up the streets of YEG.